After some years of reflection and research, I have finally completed a longish study of China’s socialist market economy. A little earlier, I posted a short version of my study of East European market socialism. This was necessary background work, but it became clear that the Eastern European experiments were very preliminary and qualitatively different from China’s socialist market economy. Hence the present study. Copied below is the introduction, which outlines the main points of the argument. Since I have now submitted the article to a journal for consideration, the link that was previously here has been removed. Later, it will form a chapter in my book on Socialism with Chinese Characteristics.

When one engages seriously with Chinese Marxist philosophy on China’s socialist market economy, one soon notices a distinct disjunction: in China, key issues in the debate have largely been settled some time ago, while outside China significant misunderstanding remains. A major reason for this ignorance is that non-Chinese researchers remain disconcertingly uninformed concerning Chinese-language scholarship. Thus, the purpose of this study is to present the major developments of this Chinese-language scholarship. My focus is expository, providing contextual explanations material where necessary, but keeping my own assessment to a minimum. And given that the idiom of Chinese scholarship is different to that familiar to English readers, most of whom have been saturated with the Western liberal tradition, the exposition requires a process of ‘translation’ from one idiom to another. Throughout, the underlying motivation is that one cannot engage in serious debate without the preliminary step of seeking understanding and thus trust with interlocutors. To use a metaphor: one begins with open eyes and ears, while keeping one’s mouth shut; only after gaining understanding can one open one’s mouth in a considered and constructive manner.

The following study begins with the need to de-link a market economy from a capitalist system, as also a planned economy from a socialist system. This entails an engagement with Deng Xiaoping, plus a historical survey – beginning with Marx – on market economies throughout human history. Second, I delve into Chinese scholarship and its deployment of Mao Zedong’s contradiction analysis. The concern is to identify the primary contradiction in the context of socialist construction; or, rather, the manifestation of the contradiction between the forces and relations of production. For Chinese researchers, this manifestation is in terms of the overall socio-economic system and its specific components, or what may be called institutional forms, which include planned and market economies. Given that the primary purpose of socialism is to liberate the forces of production, the question now concerns what institutional form enables such a liberation. Initially, a planned economy was able to liberate productive forces, but later and in light of its unfolding contradictions a market institutional form becomes necessary – although planning does not disappear. The third section concerns the dialectic of universality and particularity, in which a market economy has universal or common features but its nature is determined by the particular socio-economic system of which it is a component. This section also seeks to answer the question whether the market economy in the context of socialism is indeed socialist, an answer that also entails a return to Marx and Engels. The final section deals with more recent developments concerning the dialectical sublation or transformation of both market and planned economies. Obviously, planning has not been abandoned, but it has been transformed to a qualitatively new level – as has the socialist market economy. By now it should be obvious that the framework is resolutely Marxist – or more specifically Marxist philosophy – for this is the approach that Chinese scholars use and have developed further in light of China’s specific conditions.

What a situation:: a bushfire season like no other. No-one can recall anything like it. To be sure, Australian trees like fire and every summer we have bushfires, but never like this. The fires began in September (way earlier than usual) and by now thousands have burned across eastern Australia.

Half a billion animals killed, some species to extinction.

23 people killed directly by the fires.

And we have not even reached the peak of the fire season, which has already been underway for months. It will most likely get worse. Already the fires are so fierce they cannot be contained. Flames leap 50 metres in the air, turn the sky black, yellow and red, create their own tornadoes and even weather systems.

The smoke clouds – known as pyrocumulus – suck up moisture from the trees, generate their own lightning and set more fires alight. Embers fly 15-20 kilometres ahead of a fire.

By now you can see that a state of emergency is somewhat limp in light of these developments. Indeed, a couple of days ago, the state of Victoria declared a ‘state of disaster’. This is the new normal. 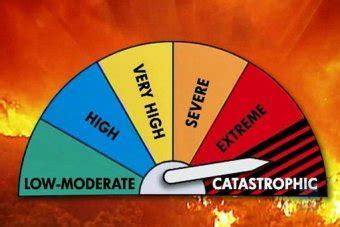 But there is another disaster behind all of this: the disaster of neoliberal policies over the last four decades. Coupled with the fact that Australia is a pariah state due to its regime’s denial of climate change, it is also one of the last holdouts for neoliberalism, since most of the rest of the world has turned its back on such an approach. Let me put it this way: many of the fires are ‘fought’ by volunteers. Yes, volunteers. We have catastrophic fire conditions and a state of disaster and volunteers are expected to front up. Even more, there is so little government support for such ventures that the firefighters have to crowd source for face masks and safety equipment.

Further, the infrastructure has proven completely inadequate, as have the few government services left after all the cuts. Australia has terrible phone converage, so text messages sent out by the fire service cannot always be guaranteed to arrive on your phone. People have had to bunch around radios to find out the latest emergency warnings. Supplies are running short and fuel is scarce. Roads in many areas are inadequate, so people ordered to evacuate cannot do so. In the end, the navy has had to sail in with a couple of humanitarian relief vessels to evacuate people from the water’s edge in the southeast. Finally and on the other side of the volunteer firefighters, they and those stranded by the fires are now relying on donations of food, clothing, water, and so on to get by. 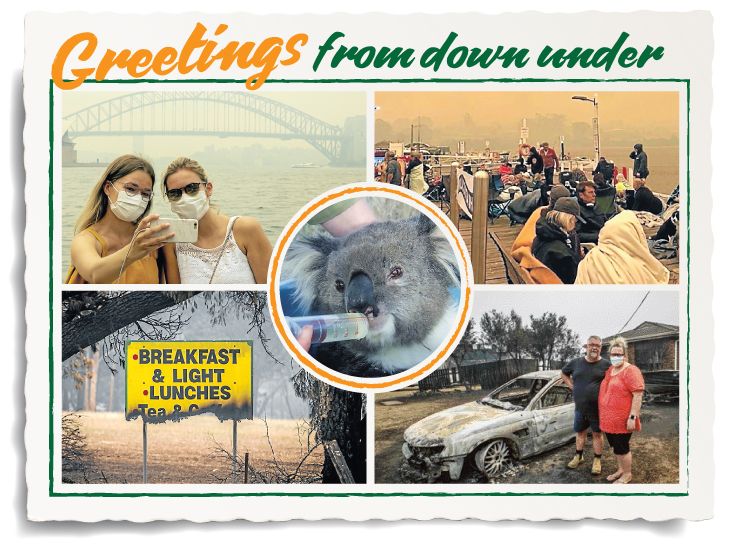 It can be different. I have been discussing this with comrades in the local CPA branch. Countries like China with a socialist system immediately mobilise the massive government resources during times of natural disaster. Communist party officials are at the forefront, getting into the area, overseeing relief efforts and rolling up their sleeves. Ah yes, you do need a socialist system for such an approach. Or at least one that has turned its back on neoliberal dogma.

Roland Boer is a Marxist philosopher who researches on the many dimensions of the construction of socialism, in China and elsewhere.